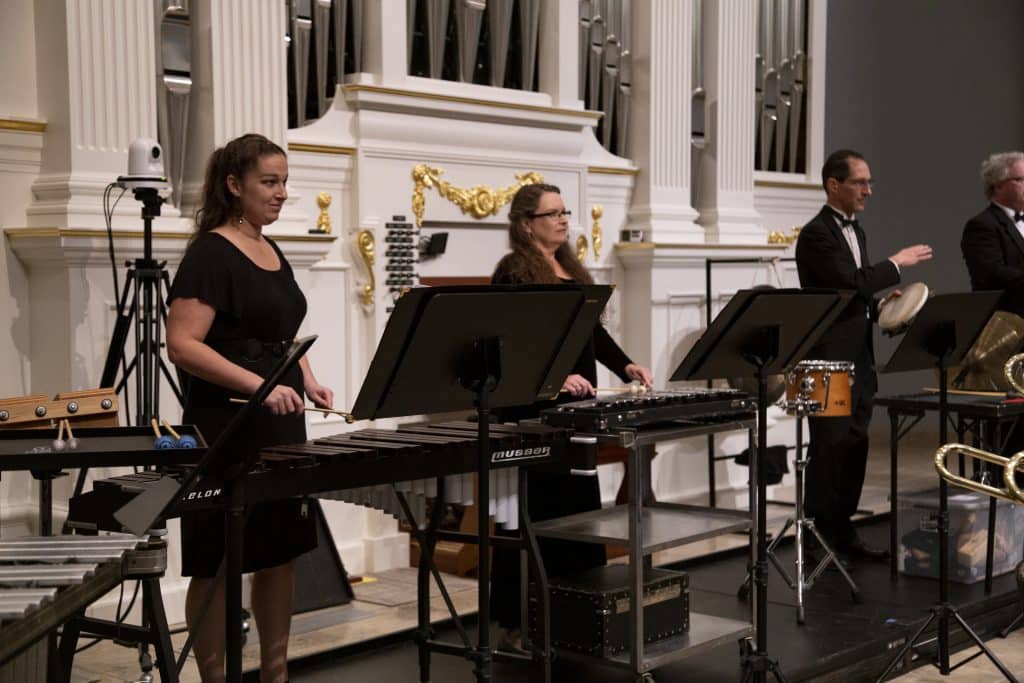 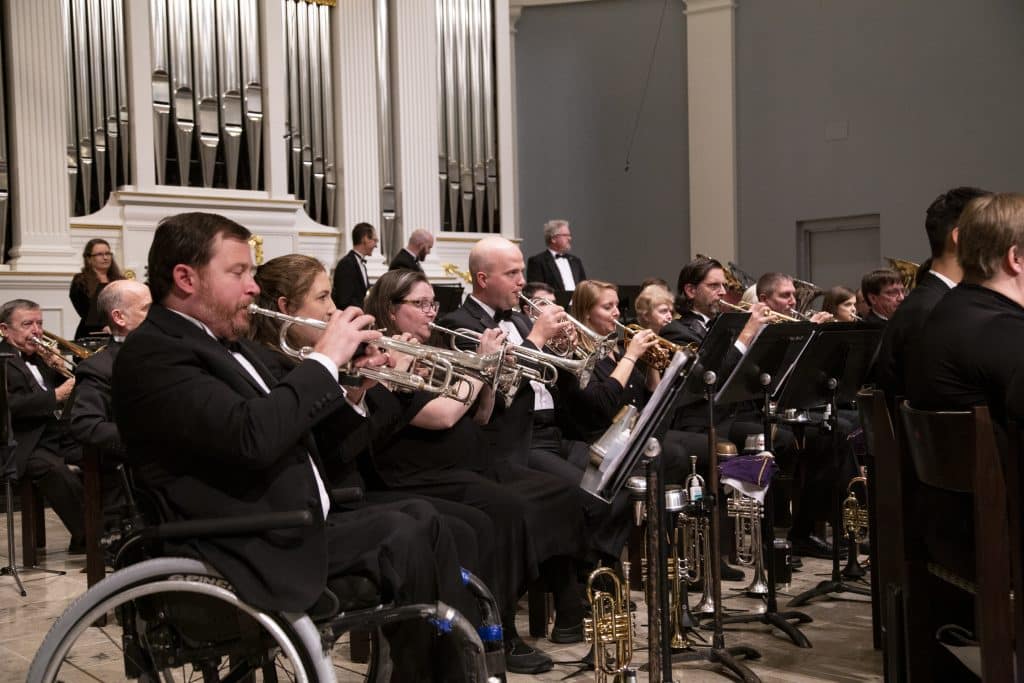 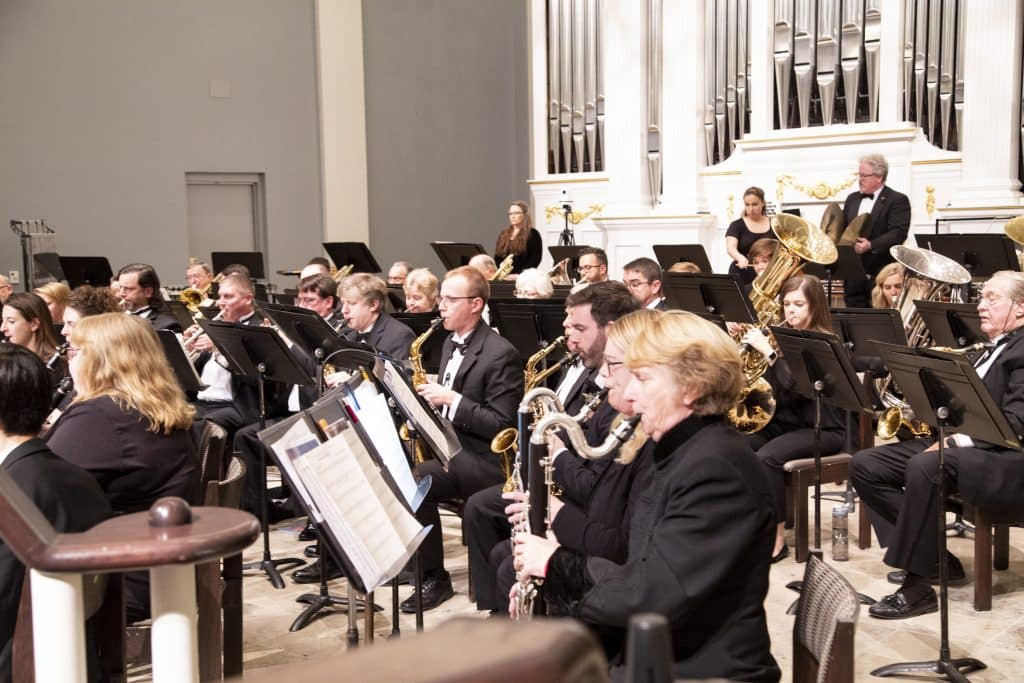 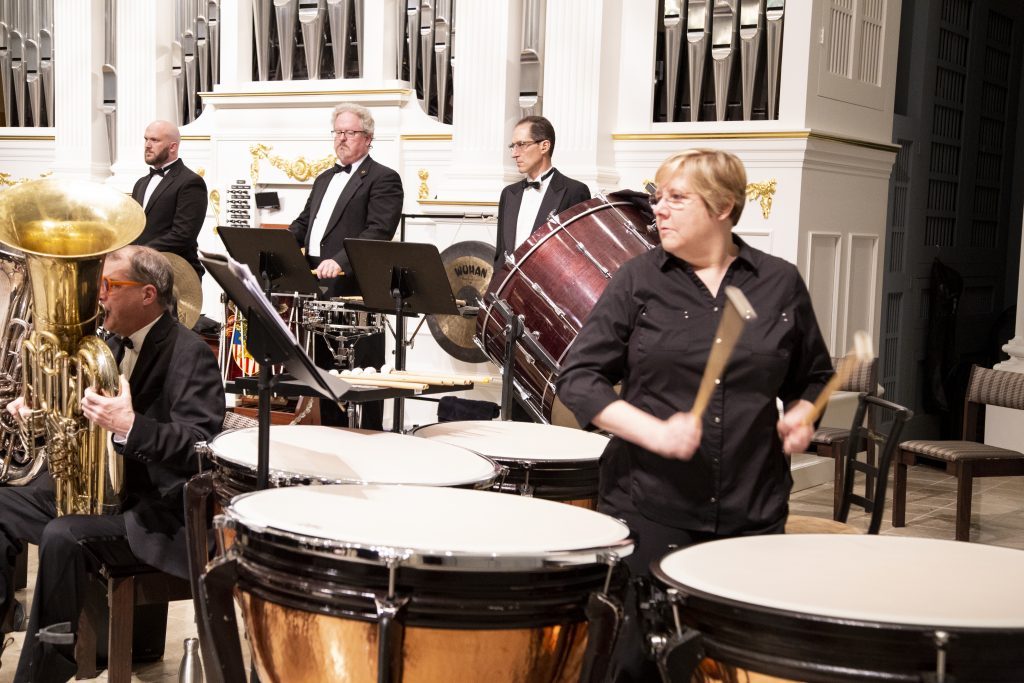 The Kansas City Wind Symphony was founded in November of 1998 as a volunteer ensemble of professional and accomplished amateur musicians selected by competitive audition. The ensemble is comprised of musicians from throughout the Kansas City metro area who are dedicated to the performance of modern and classic works for winds and percussion. The group was founded by William Baker and Pam Smith Kelly, daughter of legendary Missouri composer Claude T. Smith. Dr. Phil Posey, conductor emeritus, became music director and conductor of the ensemble in 2001. Under Dr. Posey’s baton, the Wind Symphony performed over 100 concerts throughout the Kansas City region and across the state. In 2008, Dr. Posey took the ensemble to New York for a performance in Carnegie Hall. The group has performed three times at the Kauffman Center for the Performing Arts, including a special invitation for the grand opening of the concert hall in 2011. In fall 2017, Dr. Langston Hemenway became conductor and music director of the Wind Symphony. The ensemble continues to grow and evolve, playing exemplary music at a high caliber. 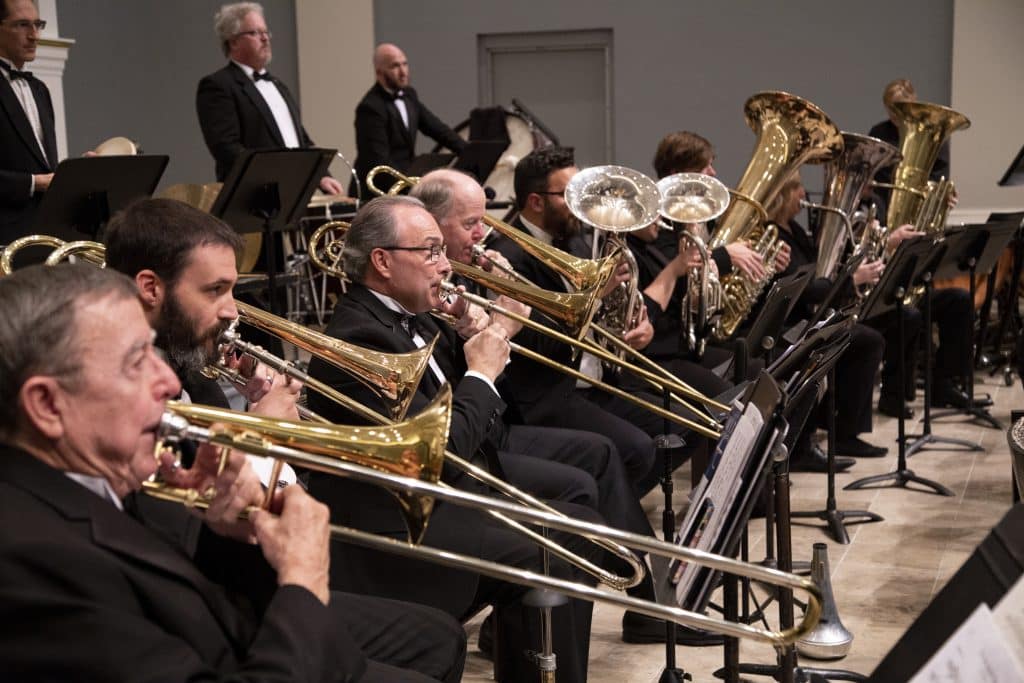 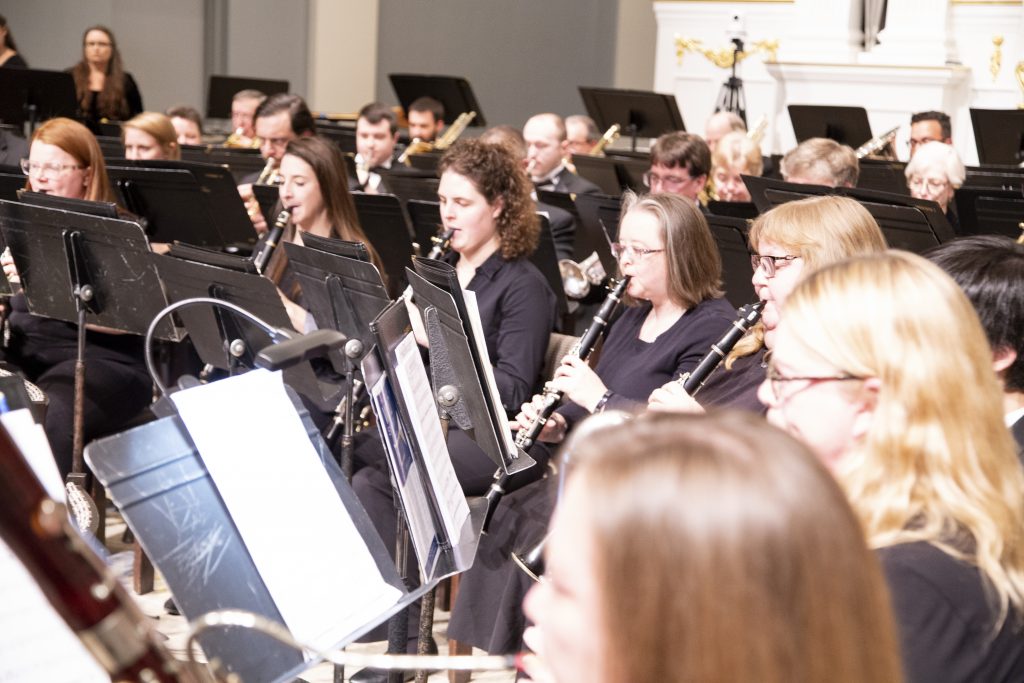 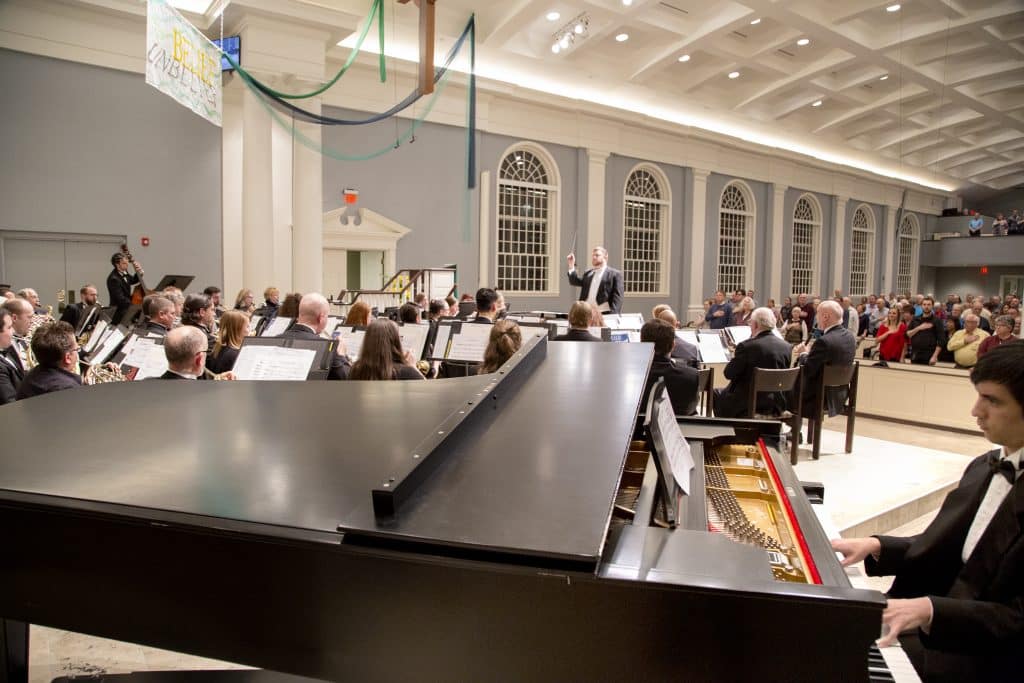 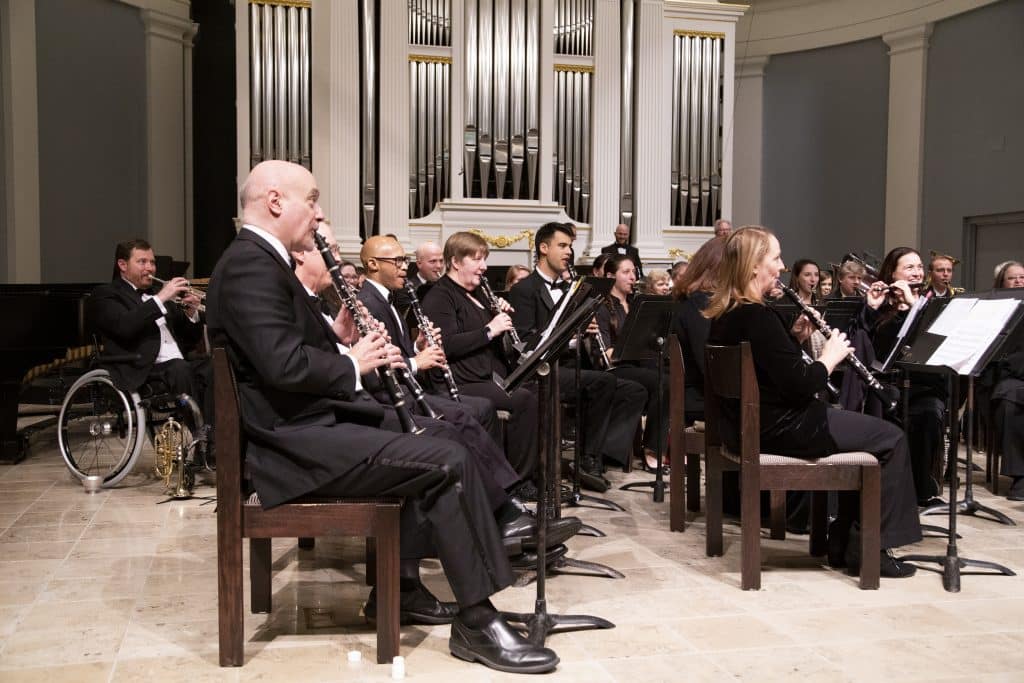